Celebrating the Life of Zeus

It is with a heavy heart that we announce the passing of Zeus, a graduate of the very first FSDS training class.  Zeus was partnered with military veteran and wounded Peoria police officer Bill Weigt.  Zeus passed away February 14th after a brief battle with cancer.

Bill and Zeus graduated from our program in 2010, and have been one of our most successful teams and beloved figures around the FSDS.  For the past 7 years, Zeus has been constantly at the side of Bill as his service dog, best friend and as Bill would say…”my son”.  From early on in his training Zeus showed exceptional patience and an affinity for service work.  He served faithfully until the end.

We know that Zeus has led a full life, filled with love and happiness.  Bill has been an exceptional handler and has provided for Zeus’ every need.  They worked together each day at the police department, took many trips and had great adventures together.  Bill also saw to it that they took time to play together.  Zeus loved to swim and play fetch and Bill was always eager to join in with him.  Please join us in sending condolences to Bill on his loss.  RIP, dear friend. 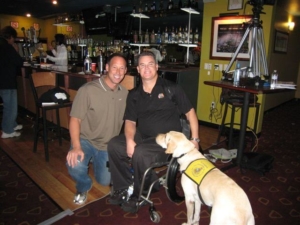 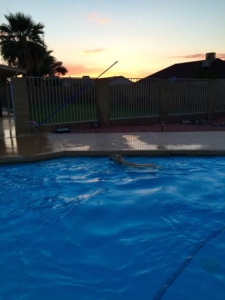 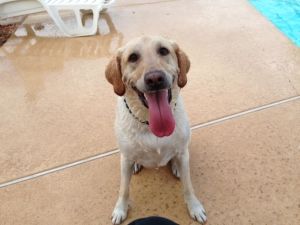